Eugene Onishkevich is the founder and owner of Green Point Juicery, an organic café with locations in Verona, Morristown, and Maplewood, New Jersey. These days, Eugene is all about leafy greens and superfoods, but he didn’t grow up eating such healthy food.

Born in Irkutsk, Russia, Eugene was raised on a primarily meat-based diet. “What we ate was very seasonal and we knew very little about nutrition,” he explains. “We were just eating what was on the table.” Because fresh fruits and veggies were only available in those rare warmer months, Eugene and his family subsisted mostly on meat, potatoes, pickled vegetables, and jams.

After venturing to New York at age 24, Eugene gravitated towards the restaurant industry. “I didn’t speak any English,” he recalls. “I was knocking on every door. An Italian restaurant in the West Village was the first to give me a job.” He began as a dishwasher, commuting into the city from New Jersey, and making ends meet with the aid of free pasta from the restaurant. Feeling not-great from eating so many carbs, Eugene discovered juicing. He loved that it was an efficient way to get a lot of veggies into his system.

Meanwhile, Eugene rose through the ranks at work, moving into a role as a food runner, then a server, a bartender, and eventually a manager. As he learned more about cuisine and cooking, he began to dream of a future in foodservice. He couldn’t envision the exact form it would take but knew that he didn’t want to open another Italian restaurant. Then Eugene had an epiphany. He was always juicing—why not open a juice bar?

Eugene found a space in Verona, New Jersey, renovated it, and opened Green Point Juicery. “At first it was really tough,” he recalls. “We were a small new business in a town where not many people knew about the benefits of green juices and smoothies, so it took a while.” Eugene ran the juice joint alone for the first six months, educating potential customers and handing out samples. Then he slowly began hiring a team.

Today, Green Point Juicery has three locations and offers cold-pressed juices, smoothies, hot soups, açaí bowls, and vegan muffins. Everything is gluten-free and organic. The café is also known for its cleanses, which are all made without preservatives and are delivered to clients in the area.

In addition to being known for serving amazing, clean food, Green Point Juicery has a reputation for its focus on sustainability. All of the locations use 100% renewable energy and all of their packaging is biodegradable or recyclable. They also compost.

Eugene’s own favorite juice—at least right now—is Pure Greens, which he describes as a savory mix of “straight-up veggies” including cucumber and swiss chard. The Green Colada, made with pineapple, wheatgrass, kale, cucumber, mint, and lemon is also a customer favorite.

In addition to getting to drink juice all day, Eugene says the best part of his job is getting feedback from customers. He loves it when people come in and tell him that juicing has changed their lives, that they’ve lost weight, that they recently started a new job, and that they feel so much healthier now.

“We made a product that we’re proud of and it makes people healthy,” says Eugene. “That’s the most important part: doing business not just to make a dollar but to bring something good to the community.”

If you’re in New Jersey, we suggest stopping by one of Green Point Juicery’s locations today. Thank you, Eugene! 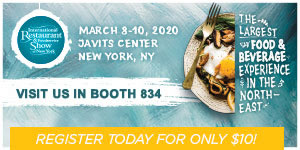